Residents ponder what San Jose college should do with 27 acres

After negotiations with a major developer fell through and a lawsuit followed, the 27 acres of open land along Evergreen Valley College remained untouched for years.

And now it’s back to the drawing board for what should happen to the college-owned land.

The once promising development opportunity sits in limbo as the San Jose Evergreen Community College District ponders what to do with the vacant land. District administrators held a public meeting Saturday calling for ideas.

More than 70 people joined the virtual discussion, many advocating for the district to expand academic programs to lure back students who left the area for other colleges. Some said housing is sorely needed. But community leaders in the East San Jose area say their voices have been stifled by district leaders.

“I guess as the lawsuit progressed, they feel more comfortable engaging with the community on what we may agree on,” District 8 Community Roundtable member Robert Reese told San José Spotlight. “We’re asking them to be clear on the educational uses they intend and the way they’re going to achieve it.”

Matt Bohannon, vice president of Brailsford & Dunlavey, facilitated Saturday’s meeting with district officials. The development management firm is helping with community outreach and presented plans for redesigning the Evergreen Valley College campus to the board of trustees April 3.

The designs include a new sports complex, student services center and three-story building for teaching language arts. There are no development sketches or construction plans for the 27 acres. 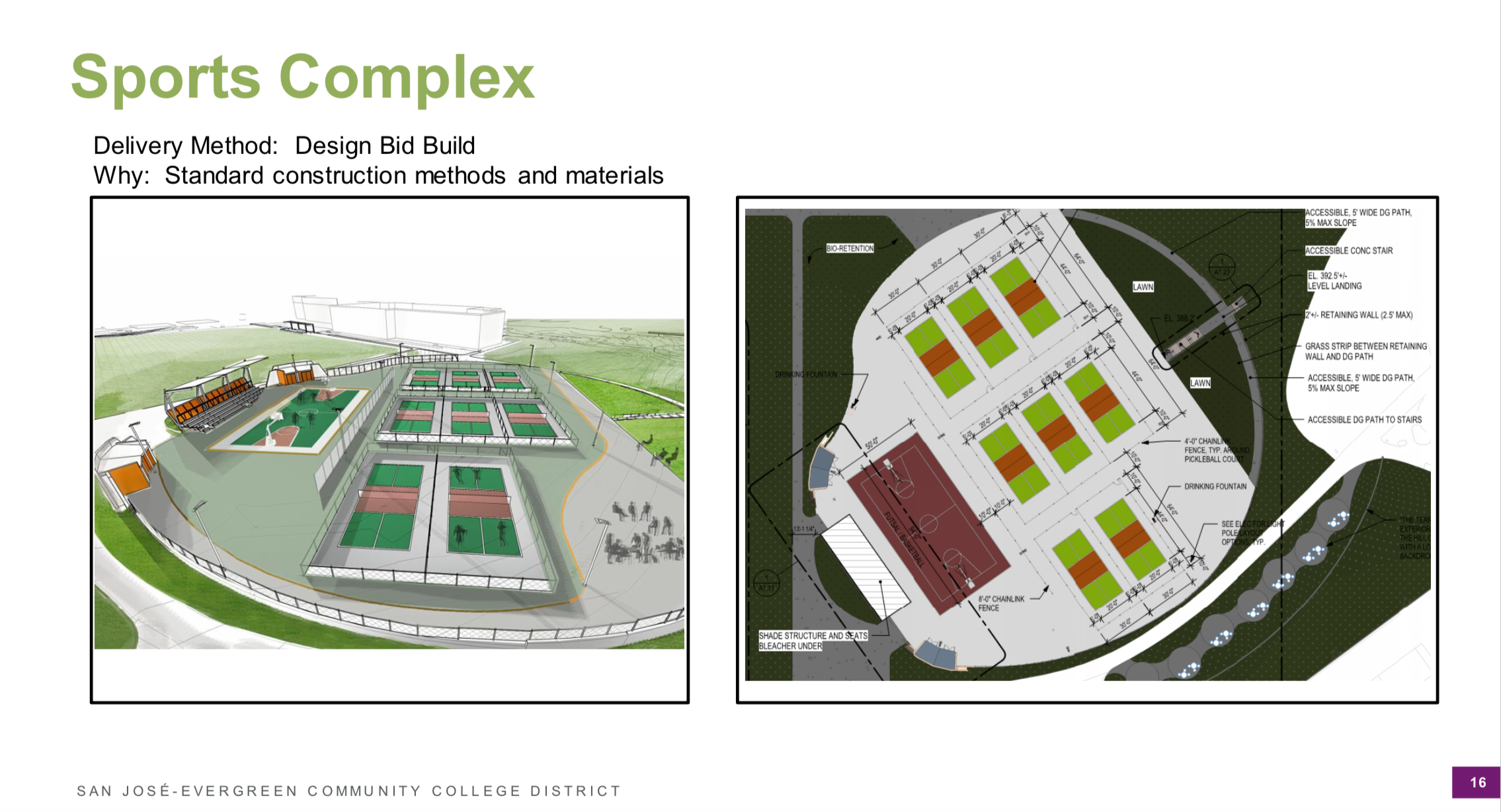 A common theme Saturday was a push to use the land for educational purposes. Many residents decried Evergreen Valley College’s lack of degrees and programs, which forces students to study elsewhere and enrollment to decline.

“The majority of our students see Evergreen (Valley College) as an extension of a local high school,” Evergreen resident Raquel Ornelas said. “They would rather get on a bus and go to De Anza College then get on the bus or ride their skateboard down the road to Evergreen.”

The saga over the future of the vacant college land spans 17 years when the land was first designated surplus by the district in 2004.

The district in Dec. 2016 successfully lobbied San Jose to allow for commercial development on the land, along with 103,000 square feet for a proposed senior care facility and medical offices. The developer, Republic Urban, dropped plans for housing on the site after significant opposition. But in July 2019, negotiations between the college and developer soured and the district pulled out.

The developer sued in Oct. 2019 and the case continues today. The two sides are in pre-trial settlement talks.

Now the district is asking the community what should happen next.

“Evergreen Valley College should have no less of an ambitious project than those in the west side so our students can also have the capacity to be employed in the high end technology workforce,” said a resident named Dave.

“This is really educational land,” Grace Lutheran Church pastor John Goldstein told San José Spotlight. “We need to change the terminology and start talking about educational uses of the land.”

Student Demi Yang said her studies at De Anza College are made easier because the campus has a daycare center – which Evergreen Valley College no longer has.

“I was hoping the land can be used for educational progress to support student outcomes in whatever degree they choose,” she said. “I hope there’s also some land preserved as nature wetland so our community can get into nature more.”

San Jose-Evergreen Community College District Chancellor Byron D. Clift Breland, who writes an educational column for this news organization, said the district will discuss “next steps” and take the feedback on the land’s future uses to the board of trustees.

Clift Breland said he hopes the district can expand high tech programs with livable wage jobs, and more vocational career training programs on the 27 acres, as suggested by some residents Saturday.

Reese and others claim they were left out of development talks with Republic Urban and said decisions were made with little to no community engagement.

“(The district) spent a lot of time apologizing to the community for not engaging them,” Reese said. “It was surprising they asked us (recently) for a proposal, and now we have a meeting and we don’t really know what we’re walking into.”

With four new trustees on the board, and a new board president, Maria Fuentes, they’re hopeful their voices will be heard this time.

“We’re looking to see that (the requests) are sincerely considered when this comes back to the board,” he said.

The post Residents ponder what San Jose college should do with 27 acres appeared first on San José Spotlight.