How’s the Dungeness crab season playing out this year? Word on the dock is grim

Publisher’s note: Lana Cohen is a Report For Americafellow covering the environment & natural resources for The Mendocino Voice & KZYX. Her position is funded by the Community Foundation of Mendocino, Report for America, & our readers. You can support Lana’s work at this website or email publisher@mendovoice.com. Contact Cohen at LCohen@mendovoice.com. The Mendocino Voice maintains full editorial control .

NOYO HARBOR, 2/8/21 — The Dungeness crab season is off to a pitiful start this year. Some crabbers pulled their gear out and threw the towel in just one day into the season.

However, scientists, seasoned crabbers, and even those new to the business all say that is to be expected — the crab fishery has a very cyclical nature. Some years bring in plentiful crabs and subsequently, money. Others, not so much. This year is definitely a ‘not so much’ year.

The decade leading up to this year brought a pretty steady and bountiful harvest of Dungeness crabs, so fisherpeople knew they were in for a bust year. But no one expected it to be as bad as it is and the slim pickings for Dungeness this season have left a lot of people hurting. 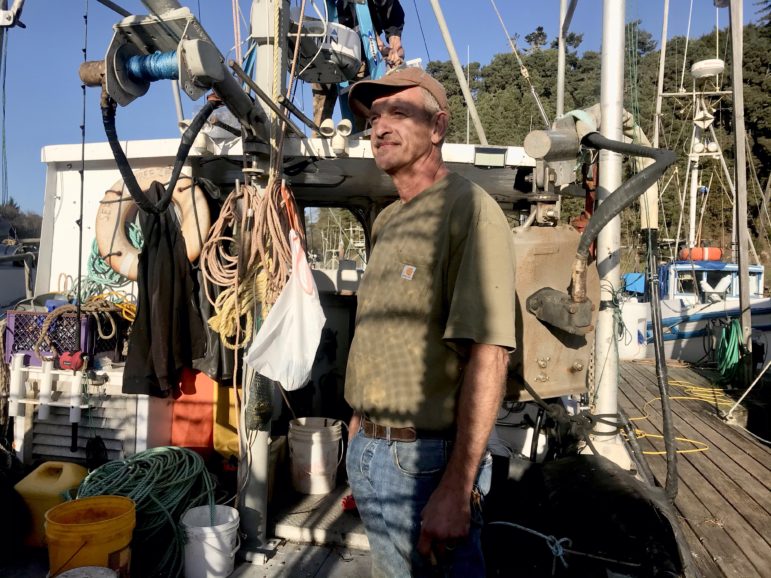 Brian Eschatz, who is crabbing on his own for the first time this year, said he will likely lose tens of thousands of dollars this season (Lana Cohen; The Mendocino Voice)

Down at Noyo Harbor Last Thursday, the weather was perfect. It was so warm and people were walking around in dresses and shorts, and there wasn’t a single cloud in the sky. But the mood of the crabbers was grim.

Some crabbers said they’re losing tens of thousands of dollars this crabbing season, others who went out for one catch, decided it wasn’t worth their time and money to invest further, and gave up for the year. Others still anticipated a bad year and decided not to attempt crabbing at all this season.

The costs of entering into the commercial crabbing game are substantial, so a poor catch year can make it hard to make a profit or just break even. Between permits, fuel, bait, and other expenses, upfront payout can easily be $100,000 to over $300,000. So in a year where there aren’t many crabs to catch and sell to make a profit, or at least avoid losing money, crabbers can be left in a tight spot in an industry already burdened by the impacts of climate change and regulations.

The commercial fishing industry is an important economic driver on the North Coast. Statewide in 2017, the fishery was worth around $100 million and supported 153,000 jobs, according to data from the National Oceanic and Atmospheric Administration (NOAA). 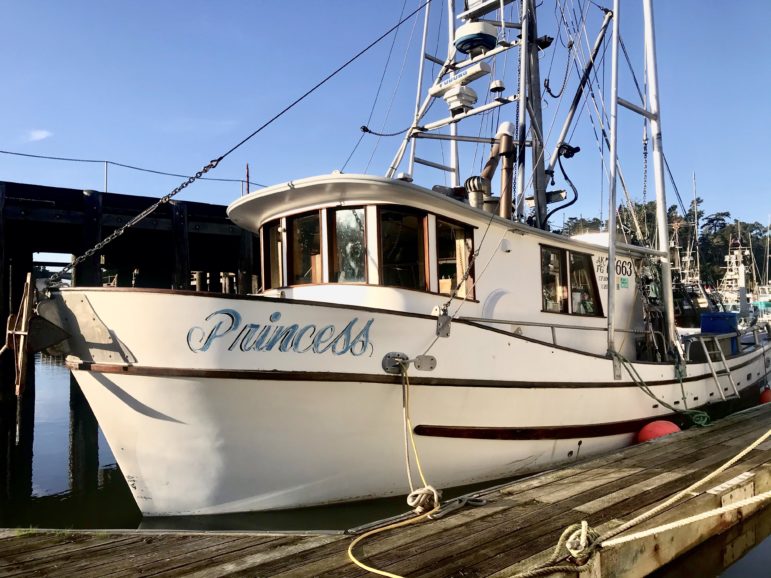 Heather Sears has been fishing on the North Coast since 1999. She captains and owns The Princess, a white 42 foot fishing boat. Usually, the crabbing season goes until July, but just last week, Sears was pulling some of her crabbing gear off her boat.

“We’re not catching enough crabs to warrant having this large cumbersome tank top on, so we’re going to remove it and then I’ll have better visibility and we’ll be able to install our long line hauler and do combo trips and try to make a little bit more money,” she said as she moved around her large, silver crab tank, pulling out heavy bolts with a wrench, beginning to decommission the hefty piece of gear.

Sears hasn’t totally given up on crabbing for 2021. She said she’s still pulling in enough Dungeness to make it worth the work. However, the tank can hold thousands of pounds of the reddish crustacean, which is what a usual haul might be for Sears, but this year, they’re catching a “grim fraction of that,” so it doesn’t make sense for them to lug around the equipment.

California Department of Fish and Wildlife (CDFW) data that dates back to the early 1900s shows these cycles, and they can be extreme, with total pounds of crab caught in the state jumping from less than a million pounds to almost 30 million pounds in the period of just a few years. So although there are some studies indicating that climate change and ocean acidification are to blame for the pitiful beginning to the 2021 crab season, that’s not the word on the dock on the Mendocino Coast. 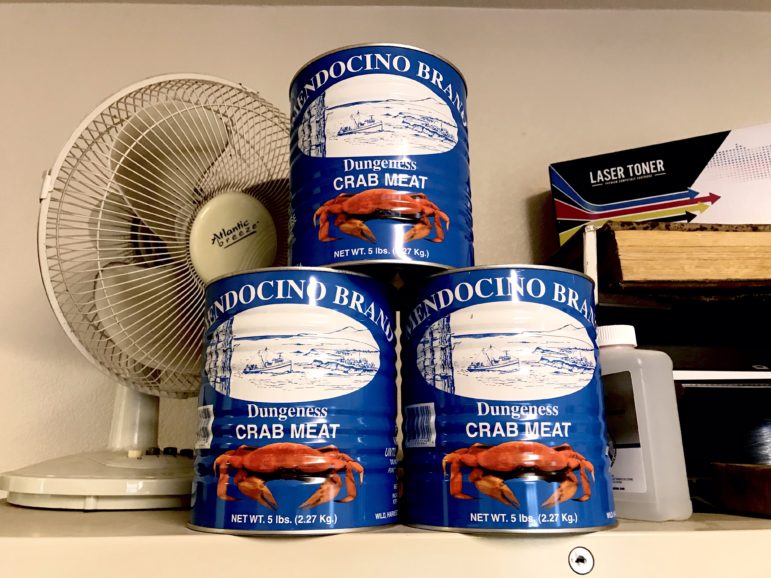 Gene Mathieuso, whose family has worked in the fishing industry since the early 20th century said that he has seen years as bad as this before.

“1973 was probably the worst season we’ve ever had,” he said. “Landings were less than a million, at 880,000 pounds.” For reference, the average total California dungeness catch from 2010 to 2020 was around 14 million pounds. Mathieuso said he anticipates that this year will rival 1973.

“Well we won’t know until we add up all the numbers, we don’t know what all the other ports have been doing, but this will probably be one of the worst seasons I would think,” Mathieuoso said, sitting in his cluttered office in front of a shellfish poster and some trophy photos from the ‘70s and ‘80s. “I mean there are guys that went out and put gear in the water and pulled their gear and said this is it we’re leaving. There was one guy in Crescent City, put out 40 pots and caught six crab.” Usually, 40 pots might bring in closer to 800 crabs. 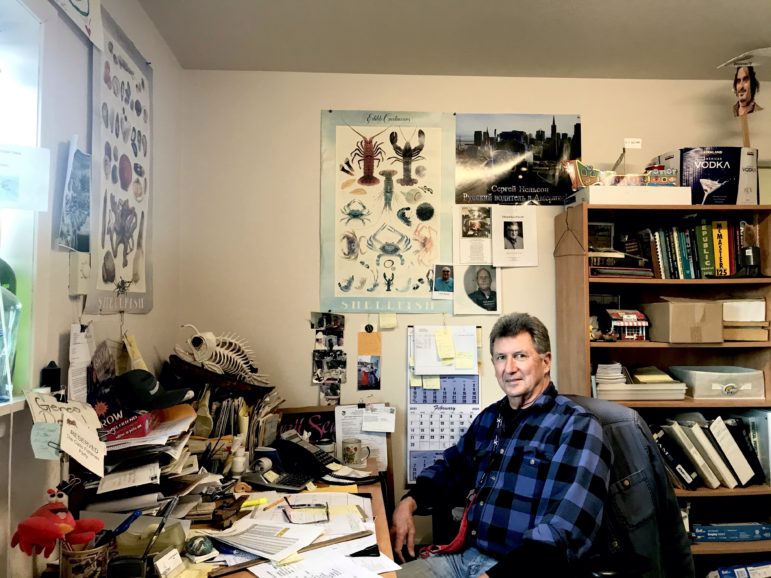 Although this year’s lull in crabs may or may not be directly connected to climate change, there is no question that the future of the crab industry will be altered by warming water temperatures and increasing ocean acidification.

“Conditions when they are larvae definitely will determine how successful the larvae recruitment pulse is that supplies the fishery three to five years later ” said Christy Juhasz, a marine biologist and CDFW’s lead on Dungeness crab fisheries management.

Three to five years is how long it takes Dungeness crabs to reach harvest size. 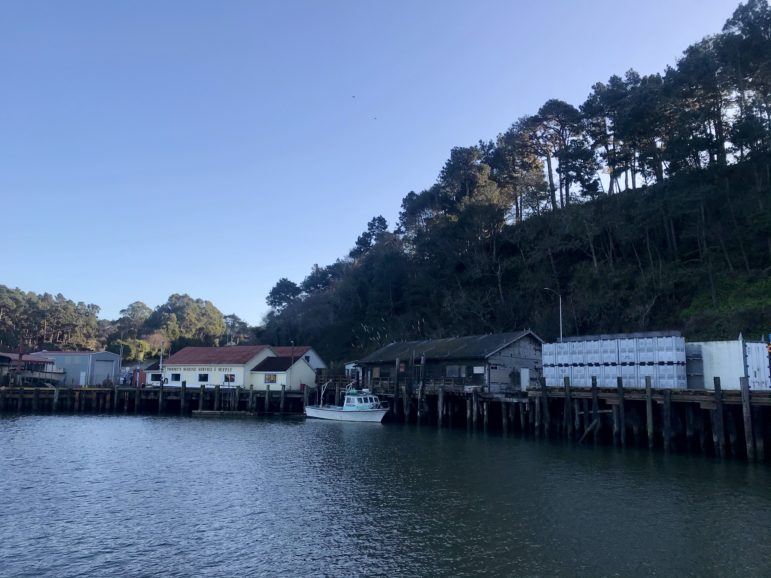 Juhasz explained that it’s common to see larger landings three to five years after a cold year because the larvae prefer cold water. This is certainly not good news considering that the ocean is warming.

Juhasz said this year’s low crab numbers may be due to the blob, a mass of warm water that has caused ocean temperatures to spike up to 2.5 degrees celsius above normal in some places over the past eight years. But more research would need to be done to make any conclusive ties between the blob and the bad crab year. So for now, Juhasz explained this year’s meager crab availability with the species naturally fluctuating nature. “There are cycles and times when the crabs are not supposed to be as productive and we may be experiencing that now,” she said over the phone.

The cost of doing business

Princess captain Sears is having to diversify her fishing efforts just to make the season work.

“I don’t need it [the tank] because we’re definitely not catching 5,000 pounds a trip. So we’re gonna take this thing off, and then we’re gonna combo trip so I can pay for the fuel and the bait by doing two fisheries at the same time,” she said.

Just fuel and bait cost Sears almost $2000 per trip and Dungeness crab are selling on the wholesale market for around three dollars per pound. However, Sears owns a restaurant and sells her product there, so she can sell straight to the consumer, which she’s selling for $10.95 per pound as of this morning , without a middle man, putting her in a much better situation than crabbers selling on the wholesale market. But even with this leg up, the upfront expenses to crab fish are so high that Sears is still struggling. 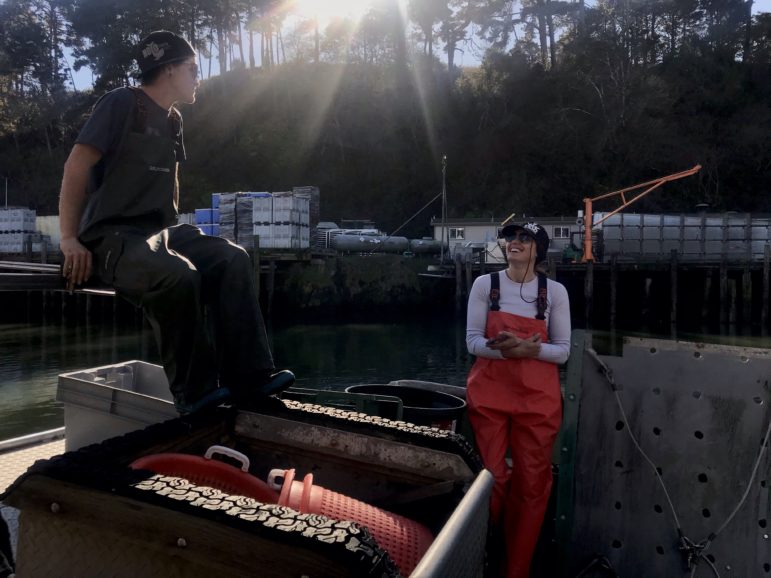 A commercial Dungeness crab permit in California can range from around $65,000 to a few hundred thousand depending on how many crabs you want to catch. Sears paid $71,000 for the lowest level permit, where she can catch the fewest crabs, and she’s still paying that off. And then it’s a few thousand more annually to keep the permit updated. There are also high price tags for gear, moorage, deck hands, the list goes on. “It’s a lot of money going out there, so as soon as we can’t meet those expenses we have to pull the gear in.”

This article was originally published by The Mendocino Voice.